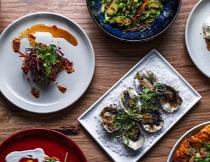 The Kensi is ready to rock the suburbs in a collaboration with craft brewers Little Bang.

You'll be treated to a six-course beergustation lunch, with produce from each dish to be sourced from across South Australia. Kensi head chef Aleks Tasic loves food and beer pairing and is set to deliver tasty plates inspired by autumn's harvest.

Tasic will chat with diners about the inspiration for his menu; members of the Little Bang team will also be on hand to discuss their brews and share stories from the journey so far.

Little Bang Brewing Company was founded by mates Filip Kemp and Ryan Davidson, former video game developers who turned their creative flair to beer production in 2013. After outgrowing their first two premises the business is now based at Stepney. Little Bang offers 21 beers, among them its Icon hoppy steam ale with a can design that speaks to all fans of vintage computers.

A recent renovation means the Kensi - found in Kensington's Regent Street - is looking better than ever. If you're a fan of quality pub fare and craft brews, this is the lunch you've been waiting for.

Brought to you by

For all ticketing enquiries or if you've any query regarding your purchase please contact our support team at: